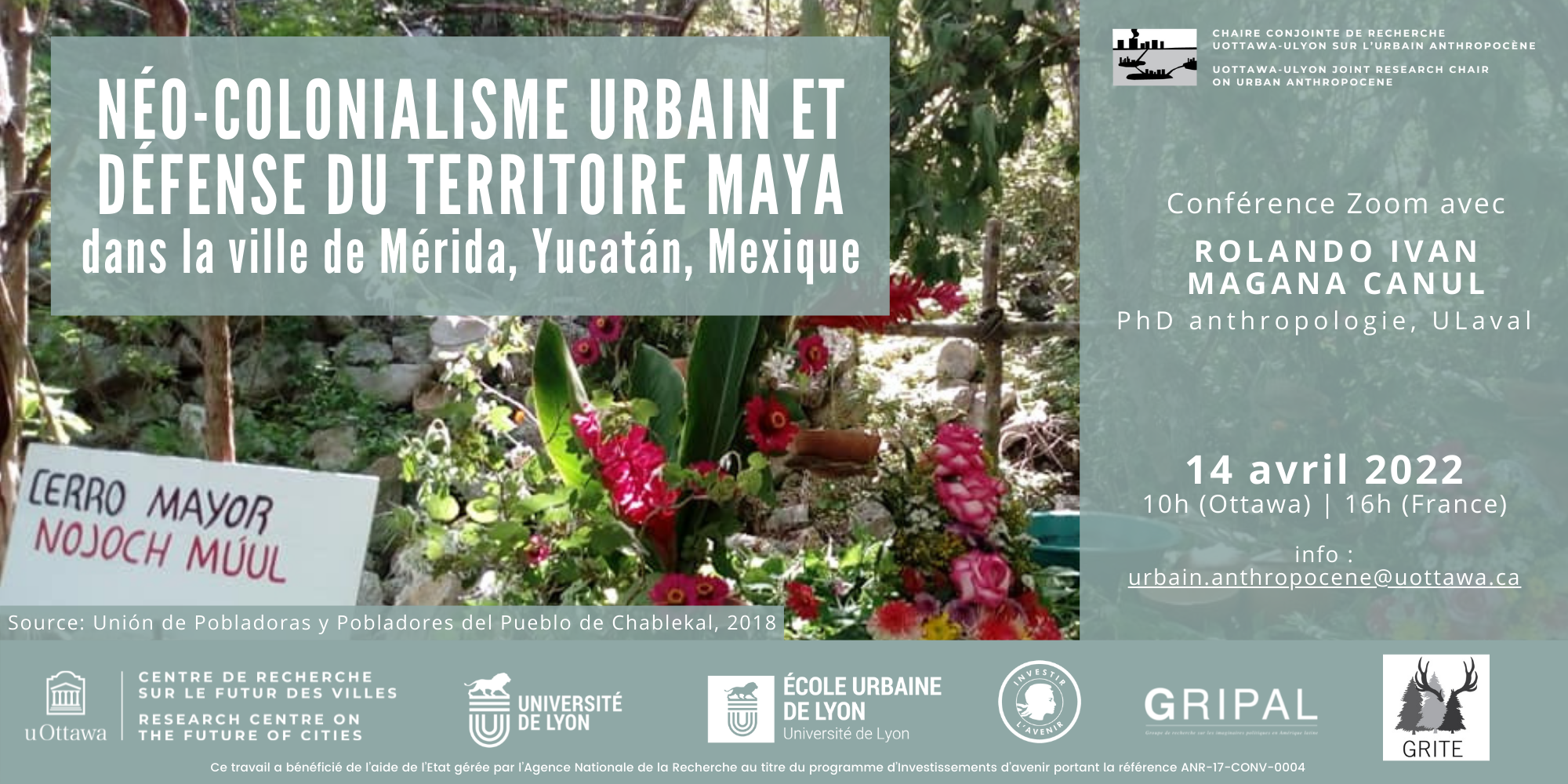 Urban neo-colonialism and defense of Mayan territory in the city of Mérida, Yucatán, Mexico

Although socio-environmental and territorial conflicts are expressed locally in seemingly distinct regions, their origins and consequences involve historical and global interconnections (Nash, 2001, 2005; Temper, Bene, & Martínez, 2015). In general, these conflicts in the Americas are primarily related to indigenous peoples’ fight against old and new expressions of colonialism (Coulthard, 2018; Cloud and Bonniec, 2012; Composto and Navarro, 2014) or extractivism (Svampa and Viale, 2014; Garcia-Jerez, 2019).

Specifically in Mexico, the number of these conflicts has steadily increased in the last three decades at the height of the neoliberal model implemented from 1992 (Concheiro and Robles, 2014; De Ita, 2010; Toledo and Barrera-Basols, 2013). Most of these conflicts affect ancestral territories belonging to generally marginalized and impoverished indigenous communities in rural and urban areas (Angotti, 2013; Baronnet, Mora, & Stahler-Sholk, 2011; Harvey, 2004; Navarro, Fini y Castro, 2017), although few studies address urban indigenous communities (Velut, 2021).

The presentation will address the fight of a group of people of Mayan origin against the process of dispossession of community lands in the outskirts of the city of Mérida, Yucatán State, Mexico.

Since its foundation, this city has maintained its colonial logic in relation to the surrounding Mayan communities. Thus, the dynamics of urban growth in Mérida, driven by neoliberalism, have resulted in strong pressure from land grabbers and real estate speculators on the communities’ territories. Based on the ethnographic method, the research focuses on the case of the Union, a local organization that emerged in the Mayan community of Chablekal in 2014 and has been active since.

With the support of other organizations and cultural collectives, the members of the Union are mobilizing to reaffirm themselves ethically and to conserve their community territory in the face of urban encroachment, which is considered a new expression of the old colonialism that can be likened to a new extractivism. The analysis of this struggle allows to underline the questioning of the economist vision on the ancestral territories. This work contributes to the visibility of the territorial struggles of Mayan peoples in urban contexts.

Rolando Magana Canul is interested in indigenous movements, extractivism and decolonial studies. D. in Anthropology from Laval University, he studied sociology and anthropology at the University of Lyon II in France, as well as in Yucatan (UADY) and Puebla, Mexico. His doctoral thesis was awarded the Jorge Alonso Chair of the University Center for Social Sciences and Humanities (CUCSH) of the University of Guadalajara (UDG) and the Center for Research and Advanced Studies in Social Anthropology (CIESAS), and was published as a book entitled: “La defensa de las tierras comunes. Estudio sobre neoliberalismo y apropiación de la identidad maya en Yucatán [The Defense of Common Lands. A study on neoliberalism and the appropriation of Mayan identity in Yucatán]”.